SUMMARY
Length of walk: 14km/3 hours, Terrain: Easy tracks and with some steeper inclines
Parking: MANOT, next to Church (or at the holiday village).
Dogs: May require lead for short periods on quiet country lanes

To Le Couret
Start this trail in front of the church at Manot. With the church behind you turn left onto the D16. In 50 M at the junction turn right into Rue du Stade and in another 50 M turn left into the D346 in the direction of Le Maine. After 100m take the trail on your left. It runs between two properties.
This trail is marked with a pink paint marker so when you see it marked on trees you can be sure that you are going in the right direction!
Remain on the trail for 2km. Cross a small lane and continue on the trail for another 1.5 km. You will reach another lane and will see the velo-rail track on your right. Take care as you turn right and cross the track. Turn immediately right onto the trail. Ignore trails ro the left and right and stay on the main trail for 2 km until you reach the hamlet of Le Couret. Join the lane and keep the same direction heading towards Saint Martial. 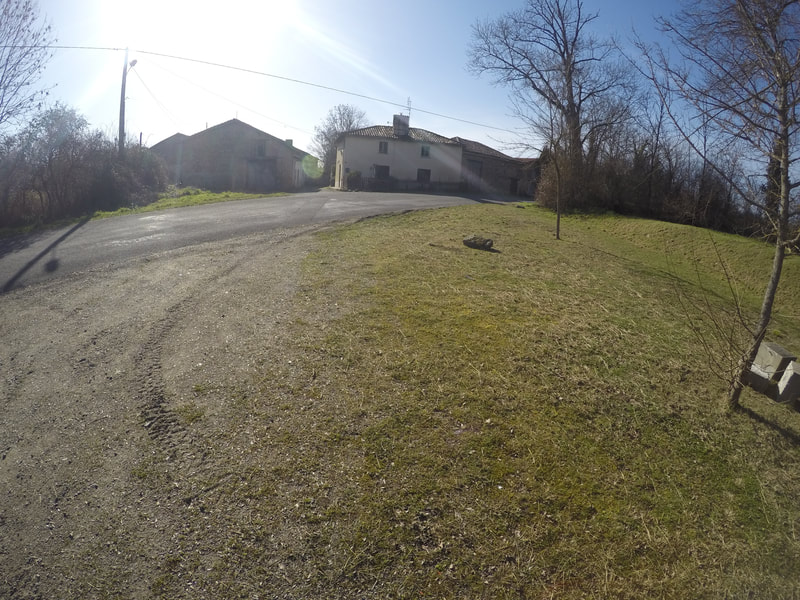 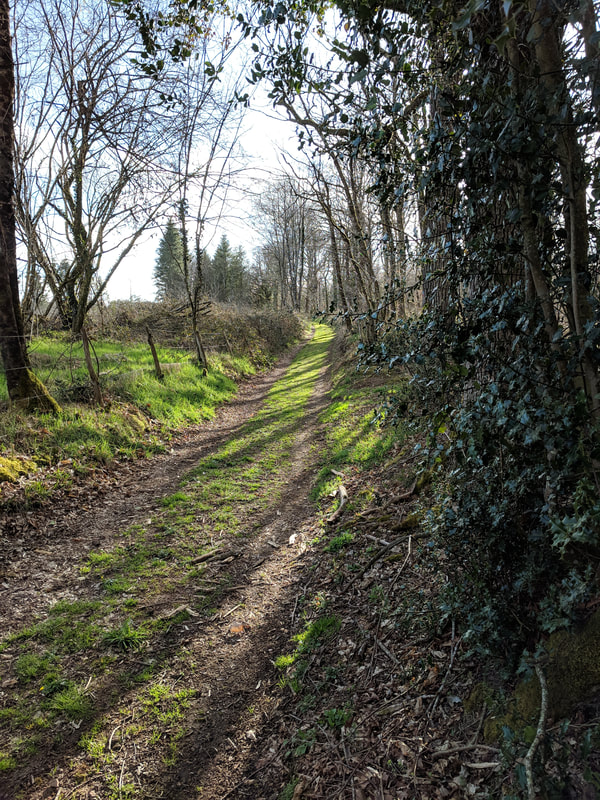 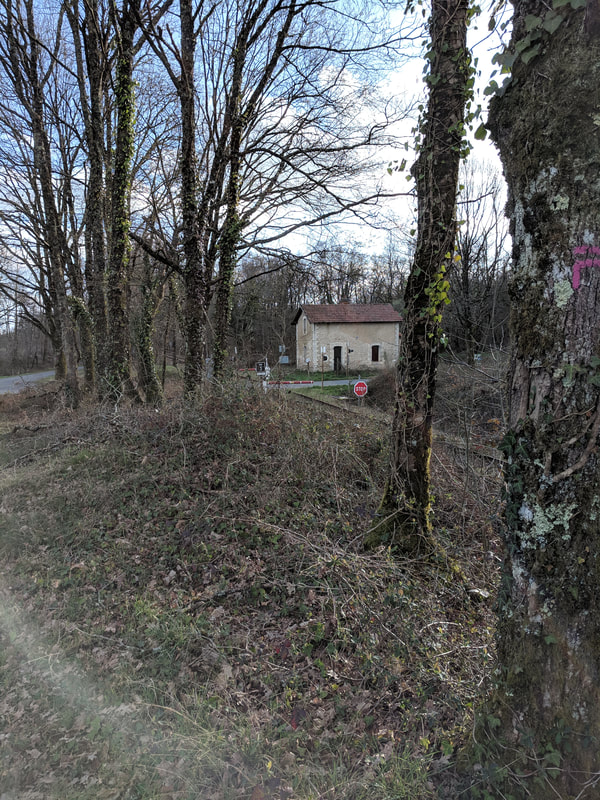 Past the Alpaca Farm
After 1Km cross the D346. The lane passes an Alpaca farm on your left. The lane becomes a trail again. After 0.5km turn off to the trail on the right. You will see a pink trail marker on a tree just before the turning. This section of the trail can be very muddy after a lot of rain. In 1km you will pass through a gate to reach the radio mast. Turn right on the D170 and then immediately left into a lane in the direction of La Pairie. 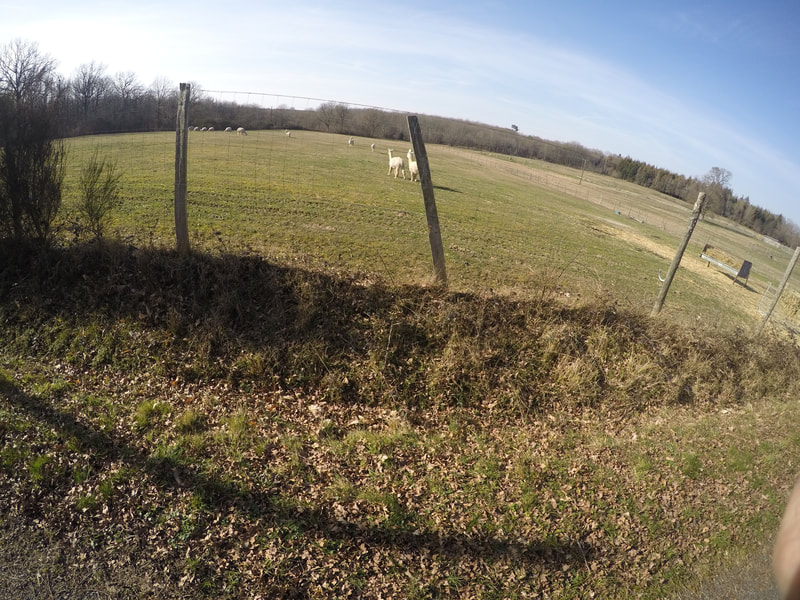 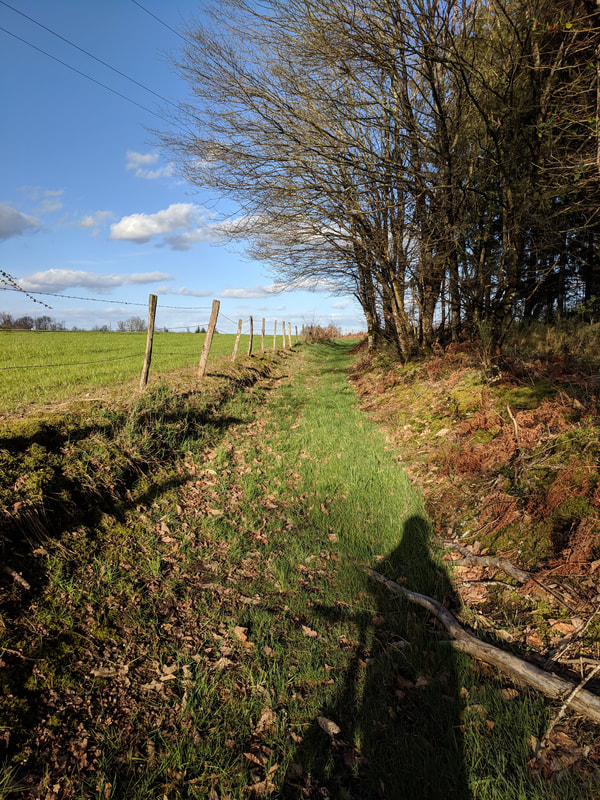 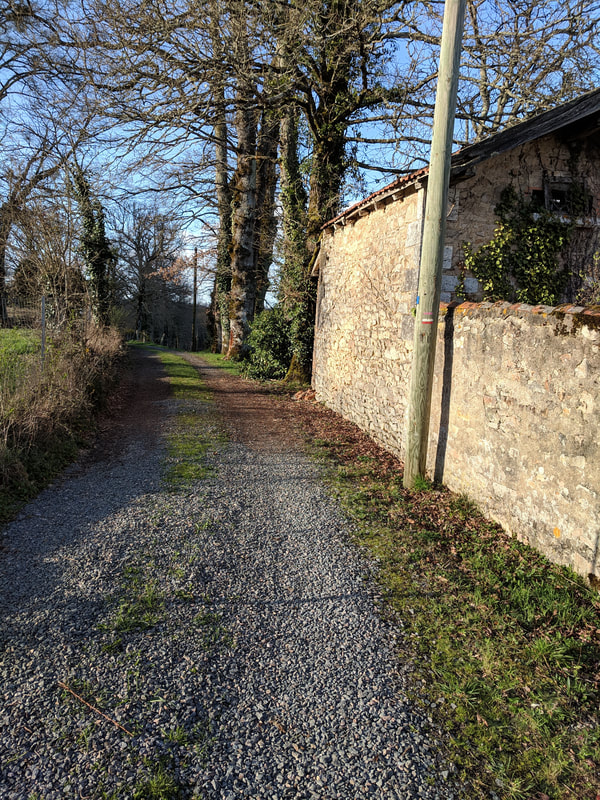 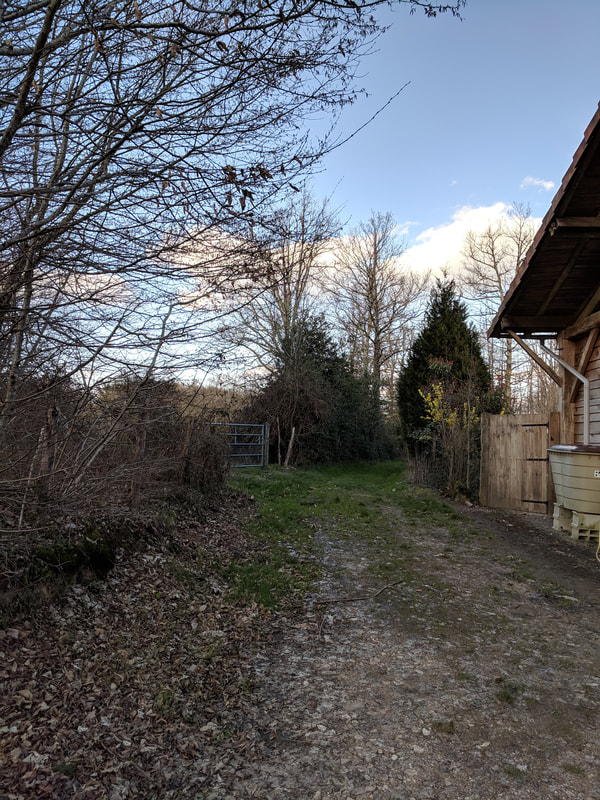 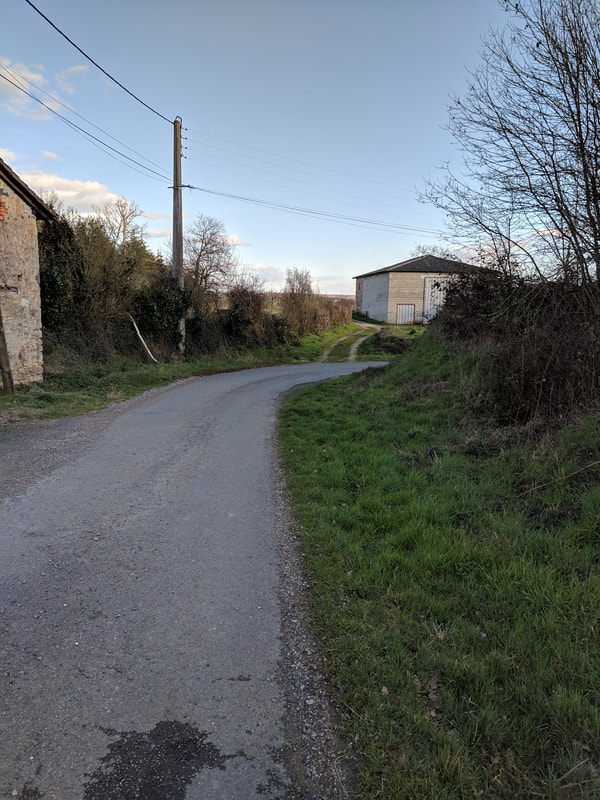 River view
This trail follows the river Vienne for 0.5 km and heads up a steep incline to the hamlet of Le Jeune Fougerat. Stay on the lane for 200m until it reaches the D16. Turn left then immediately turn right. Ignore the first right-hand turn taking the second right in the direction of Les Vergnes. Follow the lane for 100m and then turn left. In 25m turn right at the junction that takes you under a bridge carrying the velo-rail bridge. Once through the arch take the trail on your immediately on your left. This runs in the direction of Manot parallel to the velo-rail. 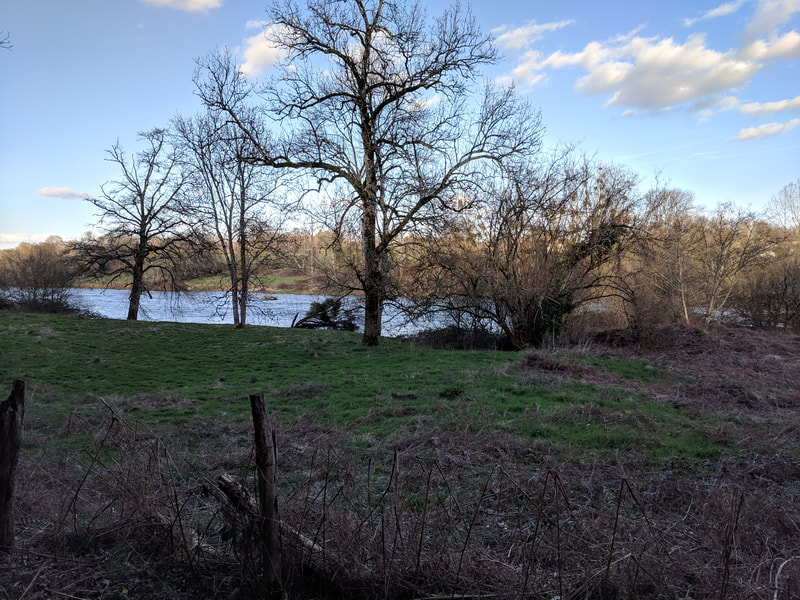 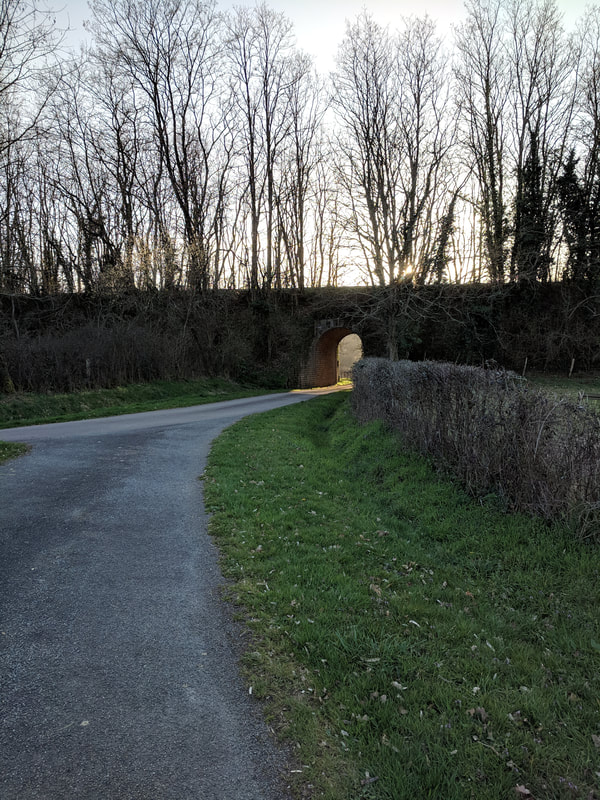 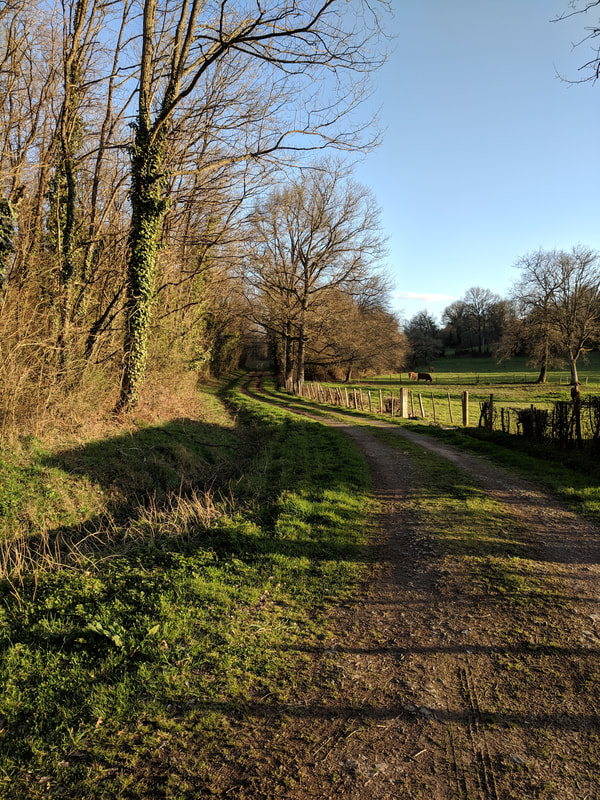 Back to Manot
At the junction with the lane turn left and then immediately right. Stay on this road for 750m until you pass La Gare and reach Rue du Stade where you turn left and enter Manot village turning left at the D16 to take you back to the church. (The map shows an alternative route back to Manot via Vicroze). 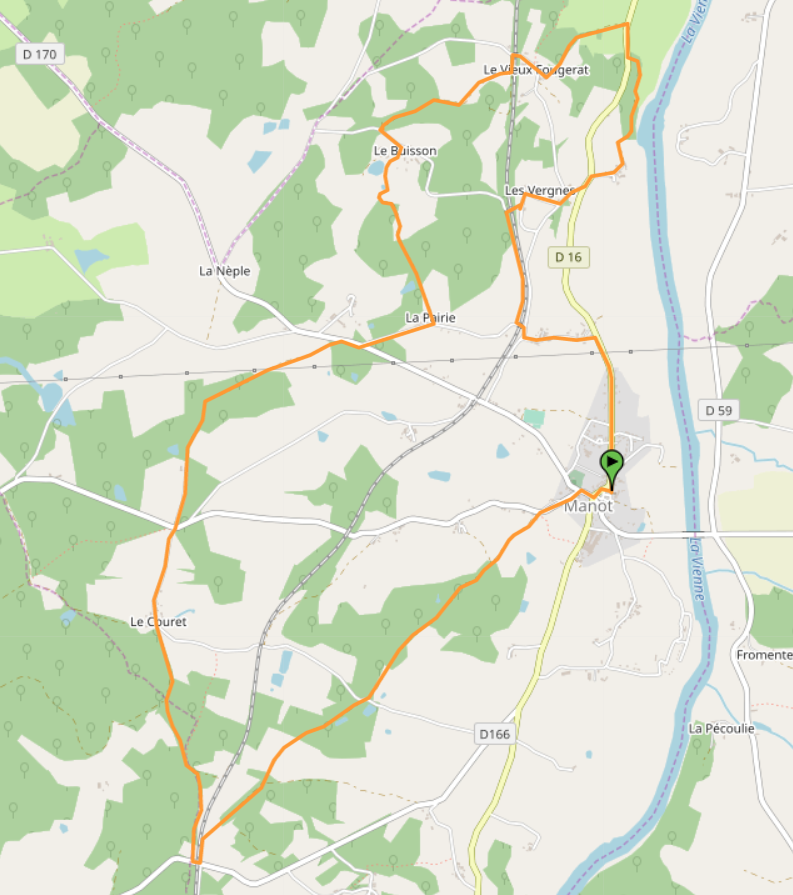